I effectively joined Pearl Lemon at the End of June and I can say with 100% certainty that I have learnt a lot and received invaluable experience.

Joining Pearl Lemon was a first for me in many ways. This was my first time;

Not all companies are the same but this was vastly different from what I had done before so I was understandably quite nervous, but I’m glad to say that fear quickly evaporated.

First and foremost is the welcoming atmosphere. From the moment I was properly inducted I received my own email and charming caricature which helped me to feel like I was part of the company and helped formalise the process. 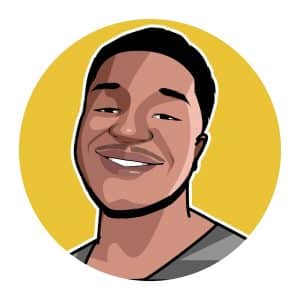 On top of this, I got a ton of welcome messages in the group chat and this as well helped eased the transition period.

In terms of the weekly meetings, Deepak makes it a point for everyone to always have their camera and mic on, and at first, this seemed a little daunting but all tension quickly disappeared.

I never realised it but talking to a black screen with people’s names on it invokes the feel of an office divided by cubicles. However, this approach breaks down those barriers and better embodies the more social and interconnected vibe of Pearl Lemon.

It didn’t feel like the tense and bureaucratic meeting I imagined in my head, but more like an informal talk about the company – from things we need to do to things we wanted to know and the cherry on top was Deepak’s famous tangents which could be anything from widely applicable life lessons to his dating history.

These are a special treat because you never know what you’re going to get and that in itself is a brilliant surprise, whether it be anecdotal or introspective.

Deepak is the boss so he obviously does more of the talking but he often calls upon us to give our opinions and makes it a clear point that we can interject at any point which people often do. This again adds to the feel of it being a conversation between equals rather than a boss monologuing down to his workers.

Between the content I had to research and write, the different programs and websites I had to learn to use, and other formalities I had to get used to, the workload at the start was quite intense.

Looking back on it and having come out the other side, I realise that was most likely the point and I realise it has helped me to become better and more adept in several ways. I am still learning and improving daily but I do think the learning curve at the start worked out for the best.

There are a few things I think I could’ve done better though. One of which is the fact that I should’ve asked for help more.

I don’t know if it was shyness, independence or pride that made me reluctant to ask questions but a lot of my problems could’ve been dealt with a lot sooner if I asked more questions both in the group chat and personally.

A lot of the team members are always willing to help out, by sending resources, answering questions and taking time out of their day to have one on one meetings. These one-on-one talks helped me to better understand different aspects and helped me to realise that they’ve all been at the same point I was, which did make me feel better about everything.

As I’ve touched upon, my role of copywriting involved me researching and writing blog posts for internal Pearl Lemon blogs and external sites. While I do consider myself a good writer, this was different from what I’ve done before.

The format of my other writing was usually more formal and academic but no one wants to read a report. As a result, I had to adapt my writing to better fit the Pearl Lemon format and be more visually pleasing. 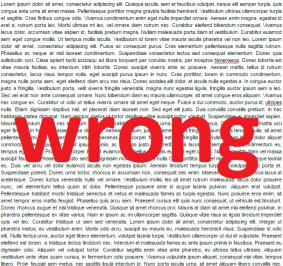 Despite being a challenge, I found this change of pace interesting. As I said before, I’m still learning and improving my style with every article but building the foundation at the start was difficult but ultimately refreshing.

I think that sentence sums up my experience thus far. It is very different, it’s hard sometimes and you do have to commit but the experience and unique atmosphere it gives is truly rewarding and would be hard to find elsewhere. 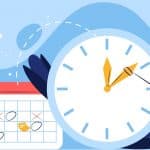