This is how we always start our daily catchup meetings, and those are what I’ll miss the most after leaving Pearl Lemon Group.

Unfortunately, this is going to be my first and last blog post with Pearl Lemon Group! Having worked with the team for the last 7.5 months, my time here has ended as I will be returning to my studies for my final year at university.

Back when I had first discovered Pearl Lemon Group, I didn’t expect what would follow in the upcoming months but was pleasantly surprised with what happened next –  and here it goes: 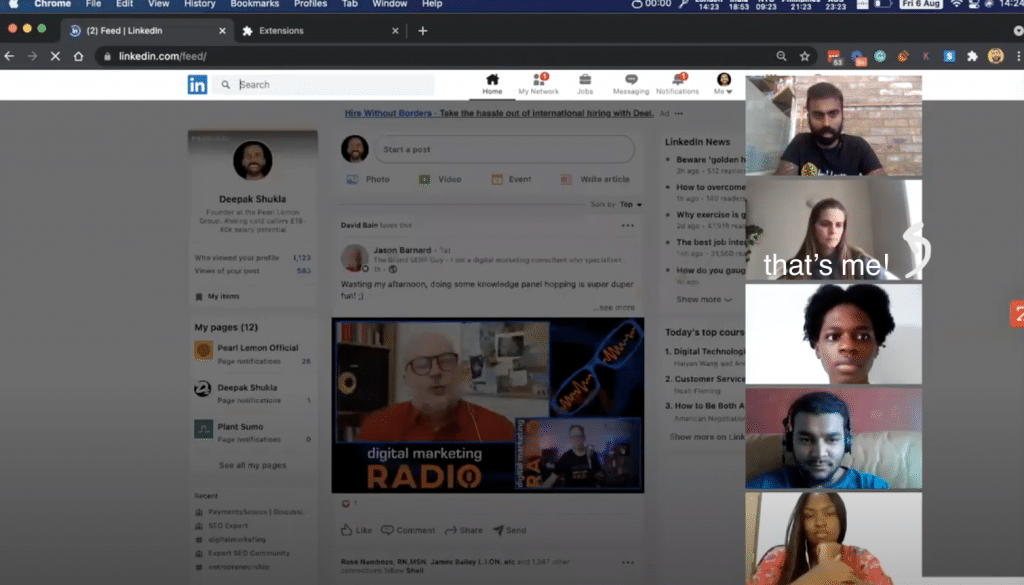 My trial week allowed me to explore various aspects of the company  – from PR to Plant Sumo and even some content writing. Because of that, I could get a taste of some of the things Pearl Lemon Group does without officially commencing my placement program.

In the end, I ended up choosing Pearl Lemon Group Leads. PLL is a service we offer to generate leads for our clients (be it through email, Linkedin, or cold call). I chose that because it would allow me to be in the front line of work. Talking with clients and learning about their needs seemed like a fantastic opportunity to improve my communication skills.

My first official day at Pearl Lemon Group was a Friday, and as everyone in the team knows, Friday is team meeting day! For those of you who don’t know what that is, it means the team gets together via zoom, and our founder Dee answers some of our questions – whatever they may be. Everything goes from past experiences, questions about the company, book recommendations, and something someone would like to learn. That was an eye-opening experience for me. As I said during that first meeting and will repeat myself: I never imagined that a team meeting could be so much of a learning experience as it was.

The previous team meetings I attended were very bureaucratic and company-focused. The meetings with Pearl Lemon Group were quite the opposite.

We had the introductory welcome, and I got to know everyone’s role, but other than that, the rest of 50 minutes of the meeting, I learned more than in some lectures at university – and I loved that.

After that, I was hooked.

As previously mentioned, I started working with PL Leads. Back in January, the team was very new. We had a few clients but managing them was far from what it is today. I slowly started building my portfolio and started managing campaigns that I would be running. Beginning with internal campaigns and later on, moving to external ones. I learned a lot during my first month and was able to grow within the team. 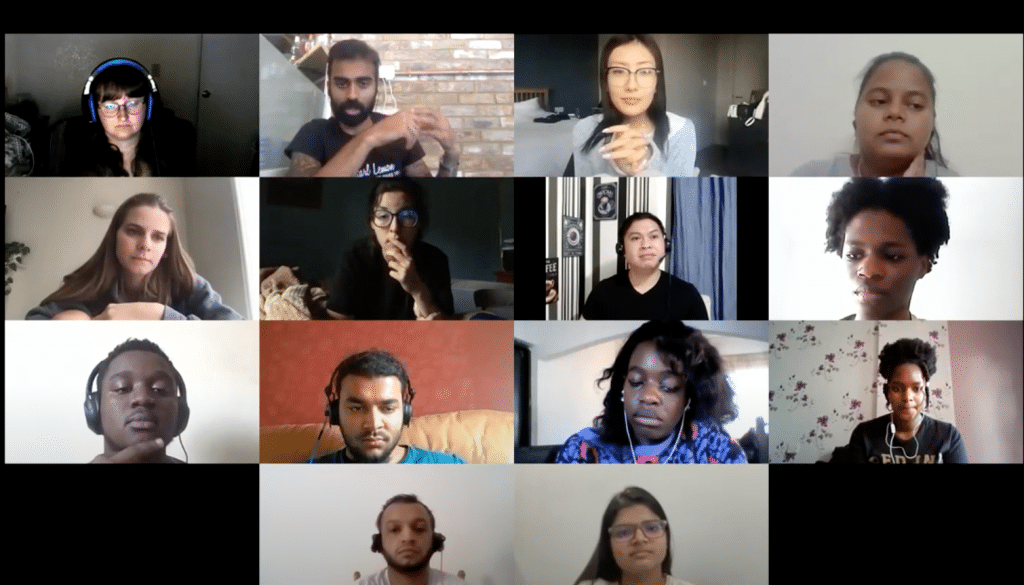 Unfortunately, my time with PLL, in the beginning, lasted less than two months. We were facing problems with management, and I was feeling overwhelmed by the amount of work needed to be done. The problems we faced with the internal restructuring made me think that it would not be something I wanted to continue pursuing during my full trial.

A good aspect of PL is their ability to mix and match different business areas so that you can do a bit of everything. I was able to talk to the HR team and move to another sector while solely managing internal campaigns for PLL.

I started working for Plant Sumo by managing their social accounts. I enjoyed the idea of needing to research our competition, create content that matched our values, and engage with our audience online. I was asked to create a new marketing campaign for all social platforms from scratch. This allowed me to explore my creative side. I knew what it would entail, but I also knew that I would have to approach it in a completely different way.

Plant Sumo is a company that delivers plant-based foods across London, and in terms of my marketing campaign, a lot of research had to be done – since I needed to create content that would cater to a large audience. Yes, it’s a specific niche (plant-based customers); however, that niche was much more than that. Our target audience included: office catering, gym owners, people wanting to try plant-based for the first time, and personal trainers(just to name a few). The research allowed me to gain a deeper insight into sustainability and plant-based food – I was so captivated by it that I decided to cut my meat consumption by three times a week.

Working with the PS accounts also allowed me to apply my learnings from Pearl Lemon Leads into one of my daily tasks: talking to potential clients via the platforms. The way I talked to customers was improving, and I quickly got the hang of it. Also, I had the support from other content creators to guide me and give me feedback on my work, which allowed me to progress even more.

The funny thing about getting the hang of it is that you are asked to switch roles when you feel accustomed to the job.

Back to Pearl Lemon Leads

As I had previously mentioned, PLL was facing a managerial restructuring. After some time had passed, I was asked if I wanted to go back and manage both LinkedIn and Email messages for both internal and external accounts. I couldn’t imagine why I was asked to do such an essential role for the company, but since they trusted me, I trusted them too. And so, I was back with PLL.

I was mentored by Dee during my first couple of days back and improved my skills rapidly. We decided to develop a standardized messaging system (always following the read-out-loud test) to help others that would later join our Leads team. Having that mentor/mentee relationship meant that I felt conformable asking him many questions, even incredibly dumb ones – and he replied: “there is no such thing as a dumb question.”

This time, I had the guidance and confidence to make things happen. I had a more active role within the team and had to report to our internal team daily. I also understood our branch within PL, its creation, and my role within our Leads family. We became more organized, and our internal communication improved as well.

When I started this role again, the team was small: Myself, Lydia, Tenny, Lokesh, and of course, Dee. Today, if you can join our PLL daily catchup calls, you would see at least seven different screens. I am proud of what I could accomplish for the team and how much I have learned in these past 7.5 months. In a sense, I’d like to think that I helped shape PLL to become a better version of what it was.

These people are doing amazing things for the company, and even though we sometimes have huge hiccups along the way, we always get through them as a team. “Today is a new month,” I used to say to Tenny every time we had a bad month, “it’s going to be better.” Most often than not, it wasn’t – because of third-party platforms. However, team morale always remained high, and we always pushed ourselves to our maximum potential.

Overall, PL allowed me to work with people from all over the world even though we are a remote team – I was able to meet incredibly inspiring, creative, devoted, and caring people that inspired me to do more. Learning more about diverse cultures and embracing them is, I think, what makes this company and everyone in it thrive.

I would just like to thank everyone that helped me along this journey. I do not doubt in my mind that Pearl Lemon Group will only grow, and I will have the bragging rights of saying – “I worked there.”

Unfortunately, my time with PL ended as I will be focusing on my final year of studies. I wish current and future members to savor every moment and enjoy this crazy yet life-changing experience as much as I did.

To finish off as I used to during my daily catch ups: see you guys tomorrow 🙂