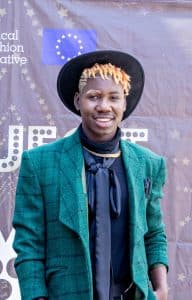 Hey There! My name is Simeon Lakuc and I’m currently a PR Executive at Pearl Lemon. I joined just over a month ago towards the end of August and it has been one hell of an experience so far.

When I first applied to Pearl Lemon, I had intended to work as a content writer, which is something more in my wheelhouse. I had worked as a scriptwriter and creative director before so content writing was something I could easily fit into.

But, after I completed the first stage in the placement process (the online application),  one of the managers, Pearl, Head of PR, asked if I was willing to venture into PR (public relations). I was very unsure at first. But she believed in my potential and eventually explained to me in great detail what the role was going to entail.

The trial week wasn’t an easy one damn! Not because of the magnitude of the tasks, but because of how in-experienced I considered myself in this particular field. But I went into it headfirst. I’m naturally an overachiever because I want to prove to myself that I can do it. So, that first week, when I found out there was only a minimum requirement,  I sent in as many pitches as I could. I did my best but even after I sent them I kept asking myself whether I had done well enough.

The Head of HR then said she would get back to me and I waited for two days that felt like a grueling month. When the response came, all my worries seemed silly; turns out I had done quite well and I was going to be given a work placement as soon as I was ready. I opted to start immediately. (whether or not that was a good idea is very debatable).

START OF THE PLACEMENT

My first few weeks were basically ‘trial by fire’ like the program manual said. I was given a lot of important responsibilities that had to do with handling client campaigns and media reach. It was a lot of information to process in a short amount of time but I tried my best to zone in and focus so that I could be on top of things.

My balancing act started to shake and Deepak himself took notice of that. He asked me what was going on and I told him I was still trying to get the hang of things. He then introduced me to training material that he had previously recorded and written to help me. I’m truly grateful for that because after going through the material, I started to improve.

But I won’t lie when he texted me, ha! I almost pissed my pants ;D. I was super terrified that I was going to get fired after just a week ( i mean we all know how intense and passionate he can be)…. But I’m glad I was honest because gained the help I needed.

When I joined, I found an amazing team!!! They are the kindest, most helpful people you’ll ever meet and also the most hardworking. Each person that I reached out to for assistance has been super helpful and patient with me. Each of them has had a hand to play in my improvement and growth ( especially Celeste, Akhila, and Pearl).

I have learned so many valuable lessons so far, here are just a few of the one’s worth mentioning:

When my role switched From PR Specialist to PR Executive, I realized I have a major responsibility to honor that title. It got me excited for my future with Pearl Lemon but also reminded me to keep working hard to succeed to the best of my potential.