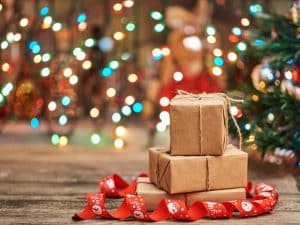 I’m playing a bit of catch-up with these posts. December has been pretty intense – mainly in a good way, but busy is busy (for instance, I’ve gotten almost zero Christmas shopping done…thank God for Amazon, am I right?)

We’re prepping to launch a lot of new link-building campaigns! I wrote a bit about template-building in my last update – well it’s safe to say I’m learning a lot more about it, considering how much of it I’ve been doing! They say practice makes perfect (I’m not entirely convinced). Still, it’s been a great learning curve in terms of finding new ways to reach out to total strangers 🙂

In fact, I’ve learned so much about it that I’ve decided to dedicate my next few blog posts to template-writing! 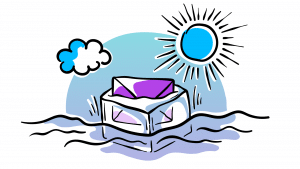 How To Write Cold Emails

In this post, I want to talk about one of the key points that has helped me from the get-go…

One thing that has stood out to me from all of the training Deepak’s generously given is this:

The objective is to get them to say ‘yes’.

He has also said that, in general, the objective should be to get a reply (even if it’s an initial ‘no thanks’). But the ultimate goal when you’re drafting a cold outreach campaign should always be to structure it in such a way that your target wants to reply ‘yes’.

This can be by baiting them with the value hook (what’s in it for them) and then asking if they want more information. Even the most sceptical of people will usually reply to this with a ‘go on, then’.

After all, that kind of ‘yes’ isn’t costing them anything, is it? You’re doing all the footwork!

Here’s an example of what I’m talking about.

Let’s imagine that I want to feature somebody in an interview for one of our websites. I don’t know this person. We’ve never connected before. In fact, chances are that someone (probably Tenny lol) has pulled their name from a scraper list off LinkedIn.

We generally tend to offer opportunities like this to people with high-ranking domain sites and a decent following (so that the links we’re building are mutually beneficial). This usually means that, while they’re a quality lead, they’re probably also very busy. They might even be over-saturated with collaboration requests – and a lot of spam, as well.

The ‘dear sir/madam’ template isn’t going to fly with these people. They do, however, tend to appreciate a more dynamic approach! Observe the following:

It’s Heather here from Pearl Lemon. I’m reaching out because I stumbled across you on LinkedIn and thought you’d be a PERFECT fit for our interview series :)!

A bit more info: Pearl Lemon is an award-winning digital marketing agency in London. Lately, we’ve decided to shine a light on thought leaders and entrepreneurs in the small business space – and we’d love to feature YOU as part of that series!

In case you’re interested, I’ve put a link to the questions here so you can check them out:

Let me know what you think! Would be GREAT to feature you in this 😀

It’s a rough template, but the idea behind it is solid – it makes people reply. Sometimes it’s ‘sure, I’d love to!’, sometimes it’s ‘What’s the target audience, how will it be used?’, and other times it’s ‘thanks but this isn’t a good fit for me right now’.

Occasionally, it’s ‘please remove me from your list’ or ‘unsubscribe’ (or something less polite). But all of these are REPLIES – which is ultimately step 1 of the conversation.

I’ve had people say ‘no thank you’ initially who I’ve managed to successfully convince to take part. The ice just needs to break!

This is, of course, only EMAIL 1. We use up to seven steps in most of our campaigns (yes, seven)! Trust me – it works!

But we can talk more about that in my next update ;)… 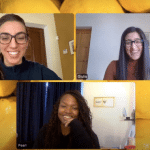