Highlights Of The Week (In no particular order)

So, I’ve officially started as a Partner at Pearl lemon. Hooray!

I’m Rachael, and I’m now a content creator for PearlLemon and Podcast host for Pearl lemon. I will also be starting my masters soon in Media and Communications at London Goldsmiths which I’m really pumped for!

I won’t lie, I found my trial week pretty intense. Especially since all I’ve been doing since I graduated from uni is mostly sitting around in my pyjamas in quarantine eating and watching the chase.

However, It was really exciting and engaging! And now I get to become an official part of the team- a content creator. Also, I’ve been tasked with creating a podcast for the new Plant Sumo Brand, which will be a really cool learning experience.

I also get a caricature and email signature:

Federica, head of HR, is helping us partners get to grips with everything. I have been sent so many documents and hyperlinks and looms about the partner process and using specific technologies I think I might go blind. In a good way though.

Everyone here is incredibly helpful and well informed, there isn’t anything I feel like I’ve been left in the dark about. I also find the primary method of informing each other about information and new skills- looms, very personable and a lot more engaging than just reading all the time.

I had a call with Federica, and she was really charming and professional. She runs both lead generation for Kemistri and general HR (including managing partner intake).

She is also Italian, so naturally, I had to mention I’ve been on holiday to Italy and completely forget the name of where. Instead, I just said, “I went to the mountains” like I’m some mysterious shaman who travels to abroad to seek enlightenment.

As you can see, I am making a great first impression.

One of the major parts of my week has been learning about Guest posting. It’s basically where you create content for someone else’s platform in order to get the promotional exposure of it.

I have contacted MyVeganSupermarket about doing one for them, still waiting on a response.

I think something I didn’t anticipate about this process which has become more apparent to me through doing my podcast is how difficult it is to get hold of the people online you want to speak to.

Plant Sumo is a plant-based meal prep and delivery service Deepak and Salim are founding. As part of this, I will be hosting a podcast where I interview influential vegan figures.

so, I need to do an intro vid. And its turned into a weirdly self-reflective process? The first one I filmed was way too hyperformal- like I was making a speech to parliament. 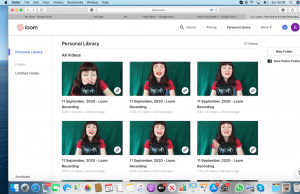 Deepak made a really great point when giving me feedback that the idea anyone is interested in that kind of falseness and peformitivity is nonsense.

People want something that feels real. Especially since our audience- mostly younger people tend to be vegan- value authenticity so much, in a culture where so many companies and brands artificially perform for them. I dont want this to seem like that.

My second vid- far more natural, but made some dumb mistakes and had some obviously scripted moments. I really wanted a clean background so I recorded my vid at an odd angle so it looked framed to focus on my chest. Exactly what is needed for our plant-based food brand.

Also did it in my mum’s big old chair that looks like the one Carl has from the Pixar film ‘Up’ and realised a third way into the vid I looked like I was on big brother.

Striving to be more ‘authentic’ is a difficult thing to do. You can’t really work on it because the rehearsal that is evident in that ruins any authenticity your attempting to create. Its a kind of paradox where learning to work on it means not working on it at all.

Either way, Deepak is very supportive- gives a lot of feedback, all of it honest and helpful. It’s hard not to feel incredibly annoying messaging all the time. I will keep recording until I capture myself properly.

I’m finding all the Plant Sumo stuff genuinely enjoyable. I’ve never been remotely involved with anything close to establishing a business so just being part of a team like this (even though I’m the least involved with the business side) is something I appreciate.

We have decided on an outreach strategy for the podcast- rather than using Ulinc (template style mass messaging), which Paula, who is in charge of digital marketing and it seems everything else, and Federica had been teaching me all about- I will instead craft personalised responses.

I will let you know at next week’s update how it goes!

I’m Rachael, and I’m now a content creator for PearlLemon and Podcast host for Pearl lemon. I will also be starting my masters soon in Media and Communications at London Goldsmiths which I’m really pumped for!