Happy Diwali to all my friends and colleagues who celebrate the beautiful Festival of Lights! 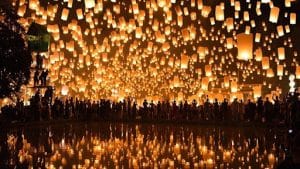 Last week was intense. If you read my previous blog post, you’ll recall I was locked in a metaphorical arm-wrestle with Shakespeare’s Othello (also known as writing a university essay).

Up until this point, my degree in English Literature and Creative Writing has been largely focused on the actual writing process with some arts and humanities info chucked in.

This is my first module that is solely English Literature-based. While I enjoy reading, I’m finding the interpretation side of things complicated (that’s a more polite adjective than my first choice, FYI).

This was demonstrated by the fact that I got a 63 mark on last week’s essay. If you consider that you only need a 40 to pass, 63 is a decent mark. As someone who’s highest mark last module was 88, however, I found this an unpleasant pill to swallow.

As usual, tutor feedback was vague, stating how I had demonstrated a clear knowledge of the topic and provided suitable examples…but could have done better. HOW exactly? I’m still not sure.

This is what I appreciate about Deepak’s feedback process (and Pearl Lemon’s feedback style in general). Everything is concrete and actionable. None of this ‘I wonder if you’d considered exploring this theme in relation to no particular context whatsoever’…

Enough whingeing. I always say that winners don’t make excuses. I learned this lesson from my previous module, where I had a very tough tutor whose standards were pretty wide off the mark from those of his colleagues. Unlike the British tutors on campus, he was an American professor with his own ideas about writing and what was considered noteworthy literature (he raised a few of their eyebrows in group lectures).

This tutor slapped me with a 50 (yes, a 50) for one assignment. I was beyond livid. His feedback was inaccurate, he referred to my male character as a ‘she’ and his comments were generally useless. I actually drafted up a letter picking apart his comments with evidence from the module materials to support my argument. I stopped short of sending it off, though.

Here’s why: it wouldn’t have accomplished anything.

I wanted to smash this module, and to do that, I needed to impress my harshest critic. It didn’t matter what I thought. It mattered what HE thought. I swallowed my pride, thanked him for his totally useless feedback and asked how I could improve in future.

The same tutor gave me my highest ever mark on an essay (88 percent) by the end of the module. I had figured out what he wanted, and managed to execute it enough to impress him and bag the grade I wanted. Win-win.

Hopefully I can achieve the same results this time around! Speaking of results… 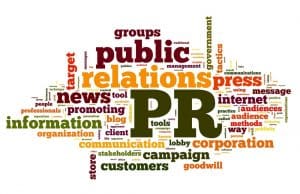 After a dismal lack of progress last week, I managed a significant recovery!

A big shout-out to Harry, who has been patiently picking up the slack on the PR front lately. We had a call on Monday (which will be a weekly thing from now on) to take stock of what we’re working on and delegate tasks. Harry is so quick on the draw when it comes to delivering on projects, it’s not even funny (it’s just awesome).

I ploughed through a lot of testimonials, case studies and related calls this week. I’m feeling fairly confident in the process now, and we’re starting to see our first reviews go live!

There are a number of new strategies we’ve actioned and are exploring regarding PR. I’m super excited for all of them, but am going to keep a lid on the details for now. Suffice it to say, Pearl Lemon PR is already garnering interest, and our ability to deliver results in the next few months means unlimited potential for the future!

In the meantime, I’ll keep plugging away, building links and connections (and expert round-ups)

I also mentioned last week that I needed to work on streamlining processes. This week, I made some looms and put together guides for process-based tasks that others can help with. Being able to hand these over will hopefully give me more time to focus on exploring new strategies!

It might even mean I can actually get around to writing a guest post or two in the future (fingers crossed).

We got our first backlinks from the SEO expert round-up post this week! Also, we’re closer to securing some actual mentions for PR clients. The main highlight for me, though, has been clearing the backlog of emails and tasks on my Trello!

More midnight EOD’S than I can honestly maintain this week. From next week, I want to try and hit the sack before 11pm every night. I’m hoping that having the pressure of a deadline to clock out will encourage me to get more done, and get it done by a decent hour!

In other news, when is it acceptable to put up Christmas decorations? Asking for a friend (me)…