Week 10 was a fairly productive one as the launch plan for Serpwizz has finally been set in motion!

While running checks with the Serpwizz app, several technical issues came up which were organised across a million sheets, so for the most part of the week I was focussed on consolidating all the feedback and recommended edits into one single sheet.

This final sheet was very efficiently put together by Heather, which made studying the same far easier. For competitive edge purposes, I had to make multiples Loom comparison videos between other website auditing applications to understanding our position, relative to theirs. These looms were very detailed and focussed on features we could add to out tool, delivering more precise results, user experience and overall design.

While there were quite many content edits, technical errors and a couple of development issues, after adding and running a complete check of the app and the sheet, I finally send it over to the development team for them to get a crack on them as soon as possible.

The saddest news of the week was the news of Paula leaving the ream. She was definitely one of the closest friends I made on the team, and I am going to working with her so much! However, this week also involved new additions to the team – web designers and digital marketers!

Our vegan food delivery business PlantSumo had its first opening too! Dee sent us over 100 pictures of super yummy looking vegan dishes, and it’s so exciting to see the progress!

This week I couldn’t attend the team call either since I had a doctor’s appointment (Update: It’s infected now…), but I am sure everyone had a super productive week! As usual, for this week, one thing I could improve upon would be activity levels. Due to my operation, I have been really low and tired, but I hope it gets better so I can focus better and get more done.

Finally, this week I went on a YouTube binge and learnt an awful lot about industry frauds such as Elizabeth Holmes and Jack Skilling… which I totally recommend!

That’s a wrap, folks! See you next week!

Intern at Pearl Lemon since July 2020. Based in Bath, United Kingdom. 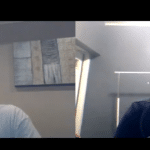