Gonna be honest with you. This past week has been pretty… boring.

After travelling home recently to Albany in upstate New York (as mentioned in my previous update), I’ve been quarantining in my house to be safe since I am coming from Philadelphia- which is a pretty populated city.

I literally have only left my house to run. Other than that I’ve been stuck inside.

But that has given me plenty of time to work on Pearl Lemon stuff!!

The two big things I worked on this week was a review of We-Connect and finishing up content writer training.

We-Connect is a LinkedIn automation tool for outreach, and I did a 2,000 word written review of it.

It was really easy to use and if you spend a lot of time conducting outreach on LinkedIn, it will speed up your processes immensely.

After the written review, I did a video review We-Connect for the LinkedIn review series I’m doing.

I’m getting much more efficient in recording those. I’ve created a couple of shortcuts, and I am also getting a handle on the style. And my intro only took one take this time!

The other thing I’ve been working on is content writing training videos.

These videos are so new writers have one place with explanations of everything they might do as a writer for Pearl Lemon.

I think these will be really helpful because a lot of us current writers have had to learn how to do certain assignments on the fly, and these videos will hopefully save some of the confusion we’ve had.

Pretty much everything I could think of.

The other writers- Rachael, Meghan, Heather, Harry and Tannishtha- are also helping me out by recording videos on:

I’ve been working on this project for a while, so I’m glad it’s finally coming together and I’m praying that it will be beneficial for future writers, even after my time at Pearl Lemon!

Now, in these blogs, we’re also supposed to mention something we’ve learned during the week.

And this week, I learned something crazy: what a fortnight is.

And I’m not talking about the popular first-person shooter Hunger Games-style video game (which is spelled Fortnite). 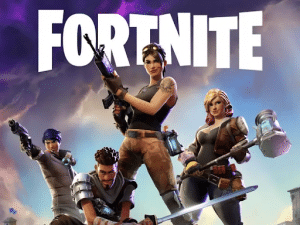 No, I’m talking about the unit of time. A fortnight means 14 days. I also learned that British people still use this expression and it wasn’t retired in Midevil times.

I discovered the definition of a fortnight because Harry put together a bi-weekly meeting of just the writers and called it a Fortnightly meeting.

After spending the first few minutes of our first annual writer’s meeting discussing the term fortnight and being enlightened on its meaning, the meeting was really fun and quite useful.

It was cool being able to talk more in-depth on writing specific things that we don’t get a chance to during our full team meetings. Also, we got to air some grievances to people who understand the trials and tribulations a writer goes through over the course of a week.

So that was my week!

In this coming week, I am looking forward to having a fresh start! What I mean is that I actually finished some major tasks with nothing lingering into the coming week. So Monday, I will be able to start on some new ones, like:

I am also looking forward to leaving my house finally! (In a proper socially distant manner of course) 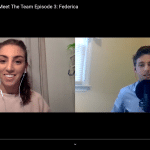 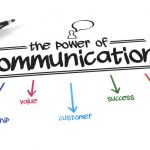