Hey again everyone, very busy week (and coming weeks) as usual and I’ll share my updates with you all.

End of last week marked the end of development for the partnership Blog for Pearl Lemon and began the feedback/review amendment phase, given by the lovely team over the week. This consisted of small errors such as broken links and grammatical mistakes, but also on a larger scale – a new page dedicated to showcasing the application process to a potential new partner, as well as some screenshots and videos of our weekly meetings. I’ve got designer’s block at the moment and struggling to come up with ideas but spoke to Deepak the other day and felt a bit more confident with it. All in all, I’m proud of the progress for our new website compared to our previous one:

Alongside this, began a new challenge with the company – working with a client focused on Personal Training and Fitness. After reviewing and speaking with the director of the company, I felt a lot of ideas were presented on the table as well as some early versions of the page that we’ve made. Initially, it was an issue as their existing site used their own theme and website builder (which I wasn’t that familiar with!). However, after speaking to the SEO team, we decided to use a new website builder and essentially start from scratch. Looking forward to seeing the progress by the end of the month.

This week’s Friday meeting went great as usual, and a guest decided to join me for the call (thanks for the screenshot Skylar 😂 ): 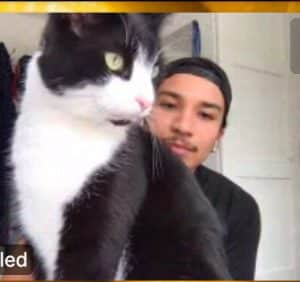 Outside of work, I’m still sorting out documents for my study at UT Austin. It looks to be a tight last minute finalisation but hopefully it’ll work out in the end.

Chelsea’s last game saw themselves losing again. Please do not ask me about that 🙂 However, I really do miss playing football again with the club at university – I’ll definitely be looking at trying out for the football team at UT Austin. Here’s a team photo on a 3-0 win a few months ago: 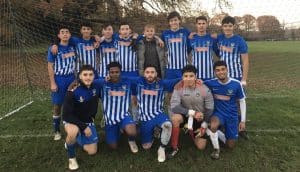 Catch you all later on my next blog post,

Interning with Pearl Lemon c. May 2020 - based in London, UK 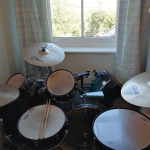 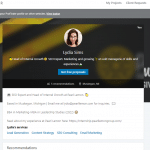