It’s been quite a productive week here at PL and I’m glad to have a chance to check back in with you.

As I mentioned in my first update, I’ve been very involved in the lead generation side of PL since I’ve been with the company. I’ve done this work for various kinds of companies, including a food software company, an SEO agency for lawyers, PLL itself, and have begun working on campaigns for Kemistri in the past few weeks. Although it was a slow start, I believe that I am picking up quite a bit of traction with this campaign because I have been able to book almost 10 calls in a single week, far more than I found possible with the other campaigns. Although I would like to say this is solely due to my progress as a lead generation specialist (haha), I believe that it is a combination of that and the fact that Kemistri has a much broader range of people who might be interested in it. Whatever the reason, I seem to have struck a good nerve this week in terms of that and hope to continue on in the next week.

One thing that has been great is the ability for me to listen to some of the calls that I have booked. This really gives me a full circle kind of feel and makes me more interested in getting better results.

I also prepared a presentation on what I have been doing with Linkedin messaging for the Friday meeting this week, which actually took a good amount of time (about 4 hours by my Clockify count!). However, I think it was worth it because I was able to create some slides which I think are pretty cute and capture the information that I wanted to get across. Although I was not able to present on Friday, I created a Loom of the slides so that they can be watched multiple times for training purposes. I am also planning on using them as the basis of a training manual for Linkedin lead generation that I will be putting together for newcomers.

The rest of the week was pretty routine, but I was unfortunately not able to get much Quora writing done due to time constraints. I did pick up a content creation task from Dee which I will work on with Fares. I think this will be interesting because I hope to learn some tips while I am editing Dee’s talks for his new advisory platform.

Finally, as we chatted about in the Friday meeting, I was homeschooled until college! It was a great experience for me because I was able to pursue things that I was interested in and work on my own schedule (which is maybe why I like it here at PL!). I was able to do a lot of fun things like travel to Europe, meet all kinds of people, and learn things through experiences that I wouldn’t have gotten in a classroom. Feel free to leave any questions in the comments ;P.

I think that’s all for today, I’ve got a busy week coming up with PL and other wise, so I better get a jump on that starting tonight! 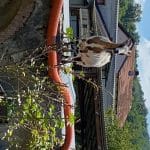