This week has been…challenging. Yes, let’s use that word. Not ‘a massive uphill slog’ or ‘a complete fiasco’. ‘Challenging’ has a much more constructive ring to it.

Firstly, the weather here in London took a dramatic nosedive. We went from sunny autumn days to miserable downpours in a matter of hours. I’ve never been a fan of rain unless I’m able to exercise the old cliché of staying indoors with a hot drink, curled up on the sofa, watching Netflix, etc.

Of course, I have a day job, and my son has school, meaning I am forced to wade through the flooded streets of Chesham whether I like it or not (hint: I don’t).

Secondly, the local council has decided not to bother collecting our rubbish for 3 weeks in a row. Despite having locked my growing accumulation of bin bags in a nice garden box, the local water rats infiltrated my stash.

Cue wrestling in the rain (did I mention I really don’t like rain?) with 8, chewed-to-shreds rubbish bags the night before the council were due to make yet another fashionably late appearance.

In case you’re wondering, the answer is ‘no’. They haven’t shown up this week either.

All of these delightful hurdles pale in comparison to the highs and lows of my fourth week as I cross the 30-day finish line!

Here’s an overview of the past seven days: 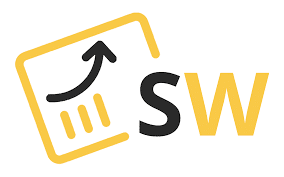 Yes, I know I said that it was close to launching last week. No, I don’t want to talk about it. Well, alright – maybe just a little (it is a pretty awesome tool, after all).

I was really pleased to have covered so much ground on the About Us and White Label pages! Writing these gave me an even deeper insight into the creation of SERPWizz and what sets it aside from other audit tools out there.

We’ve had to crawl the website for spelling/grammar/consistency errors in a lot more detail this week. This has proven pretty time-consuming, yet also invigorating, since it’s expanded my knowledge of SEO features even further (which can only be a good thing)!

I have spent the majority of my week on this project, which has been both satisfying and frustrating as I do enjoy it, however I also feel the need to pull my weight in other departments. I know if I’m patient, we’ll get it done eventually!

Speaking of other departments… 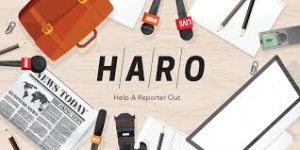 I had the pleasure of working with Daniel, a member of our sales team at PL who is embarking on a condensed version of the partnership program (10 hours per week instead of 20). The idea is that he spends some time getting to grips with each of our departments, and since I’ve been exploring PR outreach for PL, I was able to show him the ropes (not that he needed my help).

Daniel was so amazing. He rolled up his digital sleeves and dove right in, setting up a HARO account and Quora profile on Day 2! His enthusiasm and knowledge of topics that I shy away from (such as how to launch a successful drip email campaign) make him a huge asset to the PR team, and I sincerely hope he chooses to carry on pitching. 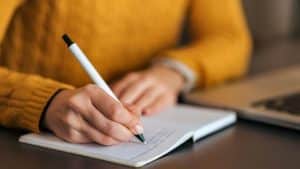 Even though it only feels like yesterday since I was initiated into PL via the infamous ‘trial by fire’, I am now actively involved in mentoring other potential writers through the process! Alongside Noah, Rachael, Federica and Deepak, I’ve been helping give feedback and answer questions.

It was great to see the enthusiasm of some of the writers – especially Harry and Sadie, both of whom worked very hard to act on feedback given to them. Here’s hoping they make fantastic additions to our Content Writing team!

The final push on SERPWizz has been pretty grueling – I’m not going to lie. However, anything that’s worth doing is worth well. SERPWizz is an awesome tool that is going to make its mark on the SEO audit and White Label market in a big way!

Getting another live link to a media quote, as well as scoring Deepak an interview was a plus this week. Also, I managed to churn out two blog posts (three if you count this one) and finish the job description fields for the brand new Pearl Lemon Partnership web page!

And now, if you’ll excuse me, I’m off to catch some shut-eye!