What a positive week it was! I would definitely say it was the best one I had here at Pearl Lemon so far. That is probably because I was working on a project that is near and dear to my heart as well as helping other people with their tasks!

So let me break down the events of the week – Monday was the first day I was officially back “in office” and working as usual. Undoubtedly, it was difficult to get back into the flow of things so I ended up not being very productive and mostly working on smaller tasks and fixing slides for a presentation, first version of which, I’ve done a while ago.

On Tuesday I picked up the pace a bit by starting the research for Plant Sumo – a new initiative being launched. It will basically be a vegan meal prep delivery company based in West London. I have been working on the project as an analyst and a marketing executive. This was really what ended up making my week! I am vegetarian and definitely interested in a vegan lifestyle. On top of that, I am a relatively unhealthy student with not a lot of time and not a lot of money, so being able to just order healthy, vegan, ready-made meals sounds like a dream to me.

On that same day, to live out my food dream, I also went to a gorgeous restaurant on Pollen Street for a fancy dinner (had to make use of the ending “Eat Out to Help Out” scheme after all). I may not have fully thought this through when I came back home and realised I had £1.34 left in my bank account for the next couple of days🤪 I also had to leave my friends a bit early to attend a call with Ben, who used to be on the Pearl Lemon team, to talk about cold-calling, marketing, and life in general.

By Wednesday, I was almost done with the Plant Sumo research. I have talked to Salim (Plant Sumo’s co-founder alongside Deepak) about the vision he had for the company, which was helpful in drafting the competitor analysis I was working on. I also had the weekly call with the development team for ResumeCats to check in on their progress and to find out if I can support them in any way.

As it turned out, we should have an FAQ ready soon to be put up on the website. One of my team members – Fares – was tasked with writing it. He did a brilliant job, I provided some feedback, and we fixed any wording issues by Thursday evening. It was definitely very motivating, for once, to be the person that could provide some feedback and advice. Usually, it’s the other way around where I’m the one who needs it most of the time😅 And while there is nothing wrong with that, I definitely perceived this event as a proof of progress and a source of motivation for the rest of the week.

On Thursday, when I couldn’t sleep very well, I wrapped up on and sent over the first complete version of my competitor analysis for Plant Sumo. Moreover, I had a call with Deepak, during which he gave me some constructive feedback on how to improve and expand the analysis, which I have followed through on. We also went over my monthly performance review, which was overall good but also brought me to the realisation that I am not reaching my full potential. I got pointers on what to work on for the next month, so hopefully, everybody will see some improvement with my directness and getting out of my own head a little bit.

On Friday, I attended the team meeting, which is usually the highlight of my work week and this time, it did not disappoint either. Afterwards, I worked with the new content writers who are on trial to write blog posts for the ResumeCats blog. I really enjoyed it because, as I mentioned, I work better when I can advise and direct other people with their work as well. Makes me feel useful or something😛 I also watched an interview that Dee had with a potential sales partner to join our team, which was very helpful in terms of learning how your energy can help you elevate your pitch.

Furthermore, I have continued working on Plant Sumo tasks according to Deepak’s instructions and recorded a loom, which explained my entire process, as well as went into details about every single aspect of the analysis. Anxiously, I sent it over, wondering about whether or not it was good and went out for drinks over at my friend’s place.

Considering my return home around the hour of 5am, I was not feeling particularly well on Saturday and only sat down to work around 7pm. I only managed to help others with minor tasks and set up Plant Sumo’s social media profiles. However, I have received very positive feedback on the loom and analysis that I have done and sent in the day before.

I was obviously beaming for the rest of yesterday and today, which also made it way more enjoyable and productive to sit down for work. While I am still learning how to handle critical or negative feedback, god knows positive feedback improves my mood and makes me twice as motivated for at least a couple of days😁 So here’s my source of pride for now:

Today (Sunday) was mostly focused on organising tasks for next week and writing this very blog post! Tomorrow’s a bank holiday but I should make some progress on my go-to-market strategy for Plant Sumo that I hope to focus on for the entirety of next week.

I will be signing off for now, but I’ll see you guys next week👋🏻

Intern at Pearl Lemon since July 2020. Currently residing in London. 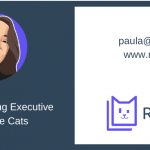 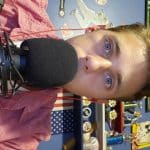