This week started out quite well I must say. I had a shit sleep all weekend as I stayed up way too late and did nothing so Sunday I knocked out early, around 12:30am which is quite early for me given the fact that i usually sleep around 2am, which is also not very good.

ANYWAYS. Woke up around 9am thanks to construction going on next door. Not only was it super loud but also I could feel it so falling back asleep wasn’t happening. I felt pretty refreshed anyways so it wasn’t bad. Stayed in bed for about another hour or so before cracking down and beginning work. I decided to start early feeling super motivated and productive which was a great feeling. Right as I began working my flatmate texted in the group chat saying someone at her office tested positive for COVID. They wouldn’t release who so we don’t know if she was in contact with them but until she could get tested she was isolated in her room and the rest of us quarantined in the house. It freaked me out, as I always think the worst case scenario but if she did get it she would have shown symptoms already so I just told myself everything was fine and went back to work.
I realised I had no groceries either so I was trying to scramble to figure something out but luckily my friend who lives down the street volunteered to pick some stuff up for me and leave it at the door. Bless his soul ugh. Luckily my friend was able to get a test on Monday after work which was super quick and the results would take 48hrs max to come back so we didn’t have to worry about being quarantined for too long.

Tuesday was a slow work day. Not a lot going on, my tasks weren’t super stimulating so in a sense it felt like groundhog day. Waking up and doing the same thing. I’m learning from them still but it’s just the same routine and it started getting to me a bit on Tuesday. I felt that I needed to get my hands on some new tasks to continue to grow and gain experience. I don’t think I’ve seen the sun in over a week either since it’s been a super gloomy out which is definitely taking a toll on my mental health. I’m craving some fresh air, a nice walk, and some sun, fingers crossed it comes my way soon. I’m not quite used to the sun setting at 4:30pm either so that adjustment hasn’t been easy. On the flip side my flatmate got her results back and they are negative so that’s good news! No more isolating for her or quarantining for us.

For over a week we haven’t had heat as part of the boiler is broken and we were waiting for the new piece to arrive so the plumber could come and install it. Thankfully the agency has provided us with space heaters, it would not have been fun if we didn’t have those either. On Wednesday the house was bustling with workers and cleaners here fixing the house. We got a new cleaner who was amazing. She literally scrubbed every inch of the house which was much needed. The plumber was in the kitchen installing the new piece so I stayed in my room so I wouldn’t be in their way. They were in the house all day though so eating had to wait till around 4pm which was rough. I was working on an empty stomach and could feel a migraine coming on.

I had a meeting in the afternoon with Dee about my role at Pearl Lemon. It was in a sense a check up and a performance review. We discussed my journey with the company thus far changing some roles around as I expressed my disinterest in some tasks and interest in others. Thankfully Dee understood and helped me to figure out how to balance everything together so I can continue to learn and grow in the company.

Thursday I started a bit late and the day was quite busy and overwhelming. I spent the majority of the day organising my tasks and figuring out what I have to do opposed to actually executing tasks which was quite frustrating for me as I felt useless, but we all have our good and bad days. Thankfully the heat and hot water are officially back, the wifi has turned to complete shit and with all five of us here it’s even worse. Every night around 5pm it gets increasingly worse, and it’s becoming almost impossible to watch and/or record videos for work which is quite problematic as many tasks are distributed through videos. I received a message that I’m out of cellular data too so time to really struggle for the next week or so! Fortunately, by the end of the day I managed to sort everything out and what I have to get done, so hopefully tomorrow and on will be better and a smoother ride.

I think I jinxed myself with the wifi because to no surprise, it was much worse than anything. I was barely able to work on anything and with the new campaigns that I will be temporarily taking over on LinkedIn, I pray I won’t have too many difficulties with connection. I will begin them all starting Monday as it’s a new week and clean slate so on Friday I focussed on admin work and tasks that didn’t require a large amount of thought. We received a new router too hoping it’d help but to our luck it doesn’t even work so that’s just great for all of us. The team meeting was a mess, I was chosen to lead the conversation but everyone was cutting out; it was an absolute disaster for me. Made that the end of my week and took the weekend to wind down and relax before the busy next week begins.

As a digital marketing executive! I hop around Pearl Lemon and it’s various clients, assisting the rest of the team with marketing tasks! 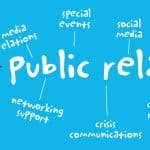