Ah, another week has gone by.

It feels like each week goes by quicker and quicker. Such is life.

If I’m being honest, nothing too exciting has been going on. That doesn’t mean it wasn’t a good week. There just wan’t a big event that occurred. Some weeks are just like that.

Again, I still enjoyed the week, including the work for Pearl Lemon I was doing.

Allow me to take you through it.

Last weekend I worked on a lot of client content for Winova Properties. They’re a property sourcing company based in Liverpool.

I learned a TON about the property market in Liverpool (hint, you should invest now), which was interesting. Theownders at Winova weren’t totally satisfied with my work though. Apparently my tone was too “American,” even though I specifically said “football” and not “soccer.”

Oh well. Jokes on them. I am American!

Luckily, Heather (one of the other content writers) stepped up and wrote some really good stuff for them. She did have a bit of an advantage though, ebing from the UK. But still, she is a great writer and her blogs for Winova were very high quality.

During the week, most of my time was spent on two things. One was writing random guest posts, covering topics such as:

I also have been working on an in-house SEO ultimate guide a lot this week.

I started it a while ago and have been slowly knocking buts out, but I ramped up work on it this week per Dee’s request.

This week involved writing about developing an SEO strategy and researching some of the best tools for SEO.

I was surprised at how many free and useful tools are available for SEO. Who knew?

I also have done a little bit with Quora.

Quora is a site where people essentially ask and answer questions.

Deehas has a super successful account, and is encouraging all of us to write answers. He wants some to link back to Pearl Lemon sites, but he said we should also write stuff in other areas as well.

Naturally, this means I will be having quite a presence on the Star Wars pages.

I have only answered a few questions so far, so I’m hoping to spend more time with it next week to get the hang of using the platform and write more answers.

Something I’m also excited about going forward is I am going to be more involved in the hiring process for other content writers.

The past couple of weeks I’ve been giving feedback to writers on trial for content they have written, as well as giving me input to Dee.

Now I am going to be a little more involved in the onboarding process.

I’ll be interviewing them with Federica, which is crazy because I’ve never interviewed someone before. I’ll have so much POWER! I won’t let it go to my head of course.

Then after that I’ll be reviewing the sample piece they submit and any work they do during their trial week.

I’m loking forwars to this because like giving feedback on other people’s work, and I also think it will be a good learning experience.

Well that just about does it.

No podcast update this week unfortunately. I should have one next week though! So stay tuned… 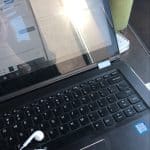