In a nutshell, most of the week was about providing feedback to the content produced by our new content writers Rachael and Heather. Before they were onboarded on the writing team, (later in the week, they officially joined us!) Dee asked me to check their work and provide feedback.

This feedback process was extremely lengthy and took up most of my time and hardly gave me time to write which was a good break!

Most of the feedback process also involved me making Looms for the new content writers just to ease them into the process followed by the team such as refining the document indexing process, writing styles, and many more.

Within Archbee, I edited the partner’s toolkit and a couple of other programmes which have and are due to be forwarded to the rest of the team.

I also made significant progress with editing Dee’s novel. Not allowed to spill a lot of deets, but Dee sure does get a kick out of making the process harder for me by inventing new character names along the way when he forgets the same! Haha, in all seriousness though, I’m sure he’s trying to work on it!

Moving on to video content creation, couldn’t much progress and ended up edited one playlist on 5 How To Go From 0-10k in Revenue In Less Than 6 Months.

This week’s team meeting, led by Paula was super long as a whole new bunch of people joined us, and it was so awesome meeting them! While I knew Heather and Rachael, Meghan, Akhila and Daniel are the latest addition to the team!

Followed by the weekly call was another call for the content writers only where Dee devoted certain tasks to each of us- I was asked to stick to long-form content writing as before, and also learn everything I possibly can about PR.

This was particularly the highlight of my week as content writing can often get monotonous, and I did request Dee involving me in other departments. Looking into PR is definitely a great way to spice up my time with Pearl Lemon, and I am looking forward to pitching everything I’ve researched to Dee next week!

Moreover, for the content writing training part, I thought it would be great to involve the other writers to note their insights and develop a comprehensive training reflective of the processes followed by the whole writing team at Pearl Lemon!

I have shared the cheat sheet for the training with the writers and have given them a couple of days to add their comments before I get one with recording it!

Lastly, this week we voted for the partner of the Month award! The vote was completely anonymous, and several variables were asked to be considered before we placed our votes and I am so pumped for the results, fingers crossed!

That’s all for Week 7! See you next week, same day, same time!

Intern at Pearl Lemon since July 2020. Based in Bath, United Kingdom. 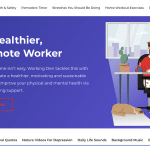 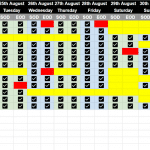