Another bit of an on/off week due to some personal life stuff going on so it was definitely a bit of a slow start this time around.

Because of that, I think something that I pride myself on (my productivity) wasn’t quite up to par this week which is fair enough.

I did manage to get out at the weekend to see some friends which definitely helped with the whole situation, but as usual, when I’m not monitoring my emails etc. as diligently over the weekend, I came back into Monday feeling like I’d be left behind!

Lots of calls and video training this week which seems to be picking up and is super-useful to (constructively) dissect people’s work to action improvements. I have been on the move to defining my own research into traditional PR but I definitely need to dedicate some time to this to see any results/have any insights in how to proceed by the New Year.

Crazy that Christmas is almost upon us! It’ll be my first back in the UK for a few years so let’s hope we get some snow. We went out and got the Christmas tree the other day and managed to snag one even though all the stocks were looking a bit anaemic. 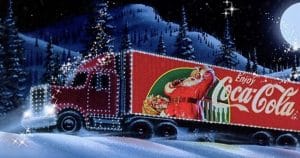 As for work this week, I’ve been finishing up (I hope) my research for my 10k competitor backlink analysis guide and have hopefully taken onboard some recent advice about switching things up with titles, headers etc. to make for a more exciting read.

I’ve started writing it which feels just about like breaking the camel’s back but I know that there are many more steps before it’s published.

It was nice to see my other two guides go live and to be featured (even but for a moment) on the PL home page. As for today, I’ve been put to task on something to do with Serpwizz that needs urgent doing so I’ll be diverting my attention to that as best I can. 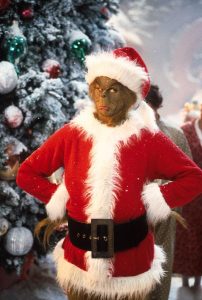 I got a couple more pitches coming in for client’s but I’m aware that it’s been slow and would really like to bring them something before Christmas.

I keep having this nagging feeling that there’s something in broken links but that I just haven’t cracked the code yet. I think I threw my net too wide and it caused issues that ultimately, led to me abandoning the task. I’m sure I’ll probably revisit it one sleepless night and maybe segment the lists more and only target the top-tier stuff – I’ve itching to put together an outreach campaign!

Other than that I did some more ‘web page’ copy this week which was interesting and I’m enjoying trying to diversify my abilities by not always just writing blog content. I’ve also been doing some fiddly stuff with Plant Sumo’s hyperlinking strategy.

What else? Hmm…I did some research into Wikipedia as a potential for link-building opportunities also. Oh, and I also set up some petitions for yet another potential campaign.

We’ll just have to see where it all goes. Until then, bye for now. 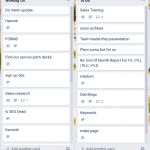